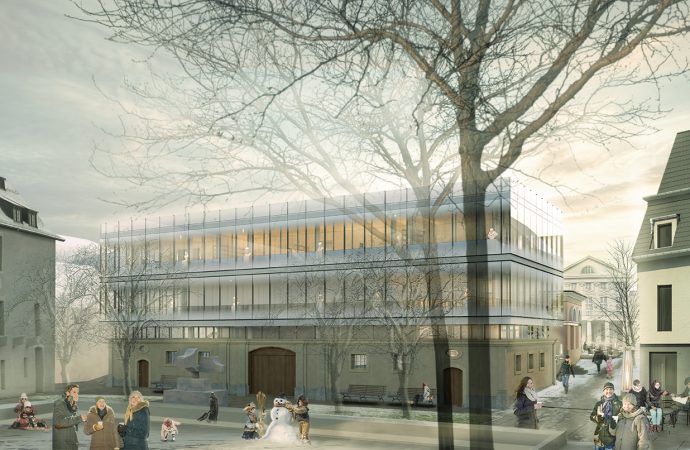 The museum “Haus der Weimar Republik” is located prominently at the theatre square with the famous Goethe-Schiller sculpture in Weimar. On the other side is a larger playground, which is part of the urban design idea competition. Next to the renovation of the existing Museum a 3 floor extension towards the East over the walls of building destroyed in the 2nd world war is proposed. The simple glass cube reflects openness and transition. In its double façade busts of key Weimar Republic politicians are placed, recalling the Greek heritage of democracy.
The visitor of the Museum will be guided trough the exhibition from the lively public urban space to the more private and intimate space with the playground and urban housing. The transparency of the building with its sculptures let’s visitor’s see the intimate urban space right behind and let’s the inhabitant’s have part of the Museum as a noble sculpture shelf.