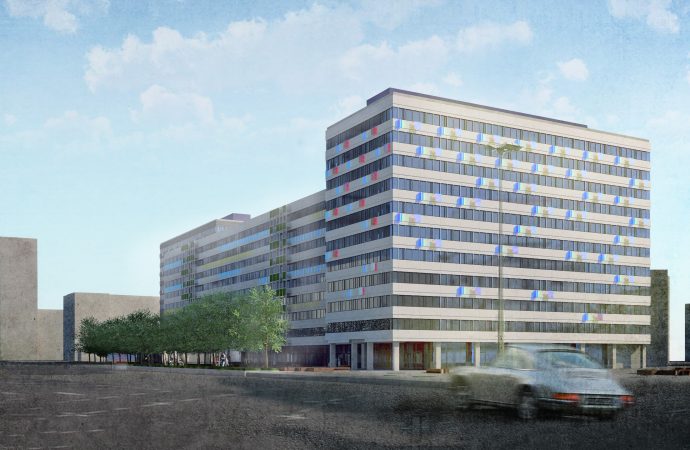 The dilapidated Haus Der Statistik is located in a prominent location in the centre of Berlin, but it has the potential to become a new iconic landmark. The proposal for the reinvention of the facade is based on the central concept of Light = Information, Energy and Reflection. The Haus Der Statistik is split into three buildings, each with their own unique material palette, but with this same overarching concept.

The original facade’s pixelated aluminium design is revitalised with dazzling mirror pieces and coloured dichroic panels in a random arrangement, reminiscent of the punch cards that characterised the early stages of computer data processing.

During the day as the sun moves around the building, the colours and angles of the shadows and reflections made by the dichroic glass change constantly, resulting in a dynamic facade which never stays the same.