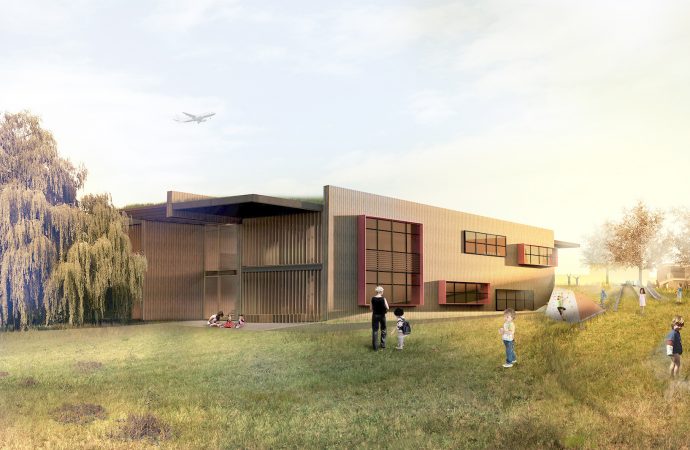 The double Kindergarten Rüti, Winkel is located on a hill with a great view of the runway of Zurich Kloten airport.

The kindergarten is located in the U-shaped space formed between the school buildings and residential buildings. This site is open to the west, which also corresponds to the slope. The building follows this orientation in its longitudinal orientation.

Two elongated building volumes open up an atrium. The northern volume prominently marks the entrance to the Lufingerstrasse and uses the existing terrain around the old kindergarten as an entrance zone. At the same time, this framework forms the spatial boundary between the play area in the south and the subsequent residential buildings.

The highly sustainable timber construction has a green roof. It is using the terrain and its materials to create a rich environment for children.